The 15th Annual Akita International Sumo Basho (第十五回秋田県国際相撲場所) was a charity sumo tournament that was held on June 8th by Charity Akita. Every year JETs and friends gather from all across Tohoku (and some farther still) to decide who is worthy of the title of Akita's Yokozuna.

The officiating for the 2019 tournament, as well as special prize decisions was overseen by current Akita JETs: 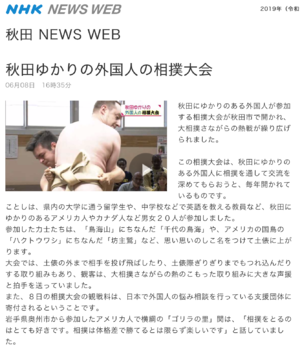