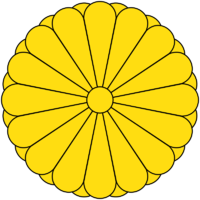 The Imperial Seal of Japan - a stylized chrysanthemum

The Japanese era calendar scheme is used in Japan. It identifies a year by the combination of the Japanese era name (元号; gengō) and the year number within the era (e.g., the year 2008 is Heisei 20).

The current era is the Reiwa Era (令和).

In pre-modern times an era name would change after a great disaster. Such disasters included fires, storms, earthquakes, floods, etc. The passing of emperors was also often (but not always) considered impetus for switching the era name. Because it was not limited to an emperor's passing, a single emperor would reign over multiple eras.

Since the Meiji Era it has been custom in Japan that each era name corresponds with the reign of one Japanese emperor (一世一元の制; Issei Ichigen no Sei). The era name changes only with the passing (or abdication) of the emperor. This has given rise to the longest eras in Japanese history. The custom was officially codified into Japanese law in 1979.

Years which see imperial succession have two era names. For example, the current Emperor Emeritus (then Emperor Akihito) voluntarily abdicated the throne on April 30, 2019 to be succeeded by the current Emperor (Emperor Naruhito) the following day; so the dates January 1 - April 30, 2019 are referred to as 平成３１年 (Heisei 31), while only the dates from May 1, 2019 through December 31st, 2019 are referred to as 令和元年 (Reiwa 1). The procedure for switching over the era name is called 改元 (kaigen) in Japanese (or sometimes, colloquially, 改号; kaigō).

Although 元号 (gengō) is the official term for the Japanese era name, the more colloquial term 年号 (nengō, lit. year name) is sometimes used instead. These two terms may be considered interchangeable for most intents and purposes.

The national government of Japan decides each new era name. Each new era name is a highly guarded state secret until it is revealed to the public. New era names are chosen based on the following official criteria.

An era name shall:

While not an official criteria, when choosing a new era name, consideration is also given that the first letter of the Roman transliteration of the new era name not be a repeat of the first letter of any other era names since the Meiji era (when the practice of representing era names as single letters of the alphabet began). The letters considered unofficially off-limits are:

Each era name is based off a passage (or passages) in old texts. All era names up until Heisei have been based off of passages from Chinese texts. Reiwa is the first era name to be based off of a Japanese text.


Note: The first year of the sexagenary cycle is "Yang Wood / Rat" (甲子; kōshi). These years are marked with bold lines.

The Sexagenary Cycle is a historical method of recording dates used throughout ancient China's sphere of influence. The word sexagenary refers to the fact that one rotation of the cycle is 60 years. Within the 60-year cycle are two smaller cycles, the Ten Heavenly Stems and the Twelve Earthly Branches; the offset rotations of these two cycles take 60 years to both reset simultaneously. 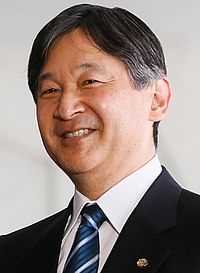 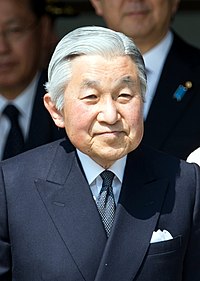 Notes on Japanese imperial titles: the current emperor is referred to only as 天皇陛下 (tennō heika; "His Imperial Majesty the Emperor") or 今上天皇 (kinjō tennō; also translated as "His Imperial Majesty the Emperor" or "The Reigning Emperor"). Emperors are referred to by their era names posthumously (it is a faux-pas to refer to the reigning emperor as the Emperor Reiwa, for example). Usage of the Emperor's given name (currently: Emperor Naruhito) is rare, especially posthumously (this can even be considered another faux-pas), and is usually reserved only for cases where differentiation is required.

On April 30th, 2019, then Emperor Akihito abdicated the throne and assumed the title Emperor Emeritus (上皇; jōkō). It is similarly a faux-pas to refer to him currently as Emperor Heisei.

The emperor's younger brother and heir presumptive, Crown Prince Akishino Fumihito (秋篠宮皇嗣殿下文仁親王; Akishino-no-miya Kōshi Denka Fumihito Shinnō), is first in line to succeed to the Chrysanthemum Throne. His position as first in line would be displaced by a son born to Emperor Naruhito, who would be declared heir apparent. This outcome is considered unlikely.

While these are unrelated to Japanese era names, they are frequently used in conversation and literature.

* The Warring States Period has some overlap with the Muromachi Period before it.