Masuda (増田) is a district in Yokote, Akita, Japan.

Masuda is the hometown of Takao Yaguchi, creator of 'Sanpei.' In his honor, there stands the Masuda Manga Museum that displays an outstanding array of Sanpei imagery in addition to works by many key artists in the manga world, including the creator of Anpanman!

Getting there is simple. From Yokote: take apple road (no, not the official Apple Rd, but the apple road that takes you by all the orchards. It starts in Yokote at the Sunkus near AQA. If you don't know AQA, I suggest you skip the museum and make finding the greatest karaoke station your goal right now.) and turn right at the intersection with the large gym in Masuda. You will soon see a sign telling you to turn right to reach the museum. It is helpful if you have in the car with you a person who knows the kanji for museum. There is no way you can miss the large brownish museum at that point. From 13 going S: turn left on Masuda's main road and look for the sign.

Masuda is also known for it's apples. If you've ever wanted to experience harvesting apples, show up here in the fall and you are sure to land a place to volunteer. 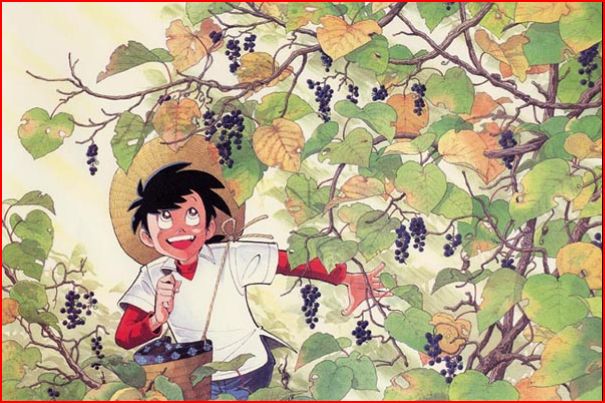