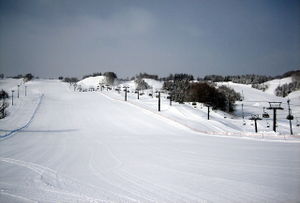 The most important events in Yashima are Hasaku Festival and the Mt. Chōkai Bicycle Classic. For a comprehensive list of festivals in town, see Yurihonjo festivals.

There are three schools in Yashima.