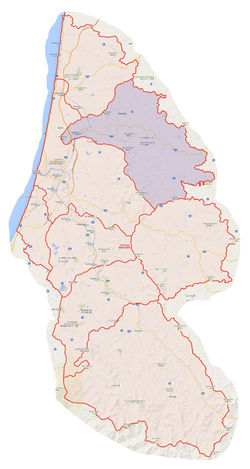 Yurihonjo City with Ouchi in blue 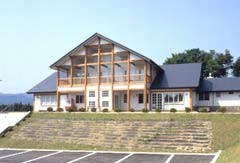 Ouchi used to be the home of Dewa Junior High School.

The Ouchi ALT visits all 4 schools. 2002 was the first year that Ouchi town got its first exclusive ALT. It was then the ALT also started visiting elementary schools. Before this, the ALT who visited Dewa JHS and Ouchi JHS also visited Nishime JHS.