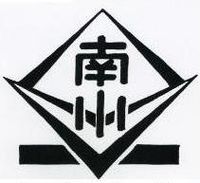 Shortly before noon on May 26th, 1983, 43 students and their teachers from Aikawa Minami Elementary School, who were on a field trip in Oga, were caught in the 1983 Sea of Japan Earthquake. Of these students, 13 lost their lives in the ensuing tsunami. A memorial stone to these students was erected at the school, and a memorial service was held annually on the anniversary of the tsunami until the school shut its doors. The student body at Aikawa Elementary School continues the tradition of the annual memorial service at the memorial stone.