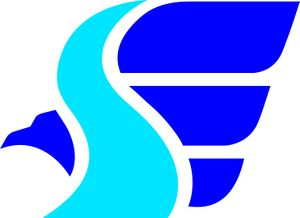 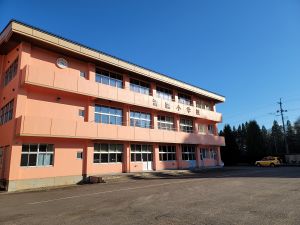 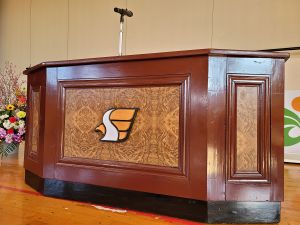 The original decision of the Merger Committee overseeing the merger of Takanosu Chūō ES and Takanosu Minami ES was to poll the residents living within the merged school's area for the name which the new school would adopt. A two-part polling process was decided upon. First, residents were asked to freely submit any and all name ideas for the new school; with the only caveat being that the new school could not have the name of either of the schools merging into it (Takanosu Chūō Elementary School/鷹巣中央小学校 or Takanosu Minami Elementary School/鷹巣南小学校). Second, those collected ideas were made into a list which the residents voted on. Each household was allowed to cast one vote for any one name on the list.

The name that garnered the most votes on this poll was Osarube Elementary School (おさるべ小学校; in hiragana), named after the Osarube River which runs through the area. Other variants of Osarube ranked highly as well, such as 小猿部小学校 in kanji, and オサルベ小学校 in katakana. However, there was a vocal, public backlash when it was announced that the name Osarube Elementary School had topped the ranking. Some felt that the presence of "saru" (猿; monkey) in the name would be an embarrassment to the school children, and make them the target of bullying from children at other schools when they were out on excursions. A majority of the student bodies at both of the two merging schools, especially, were against the name Osarube; even after the schools took measures such as explaining its meaning: an Ainu word meaning "riverbank lush with reeds," no relation to monkeys. The character 猿 (monkey) in the kanji name is only ateji.

With no end in sight, the Merger Committee eventually reneged and decided to conduct a second vote to decide the name of the new school. The new ballot contained three candidates for the new school name:

For this ballot, each member of each household was allowed a single vote, with the option that some members of a household could vote differently from others in that same household. The name Seiyō topped this final ballot, and become the Merger Committee's official recommendation for the new school's name.

The name Seiyō (清鷹) did not appear on the initial list of name ideas collected for the first ballot. However, the phonetically identical name Seiyō (青鷹) did appear on the list, using the character 青 (young; blue) for sei, rather than 清 (pure).