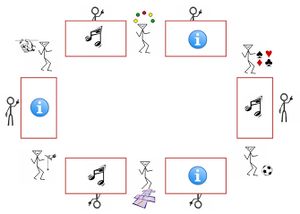 ALTs with a table have one of the following two roles to play:

ALTs without a table, stand between two tables and have the following role: